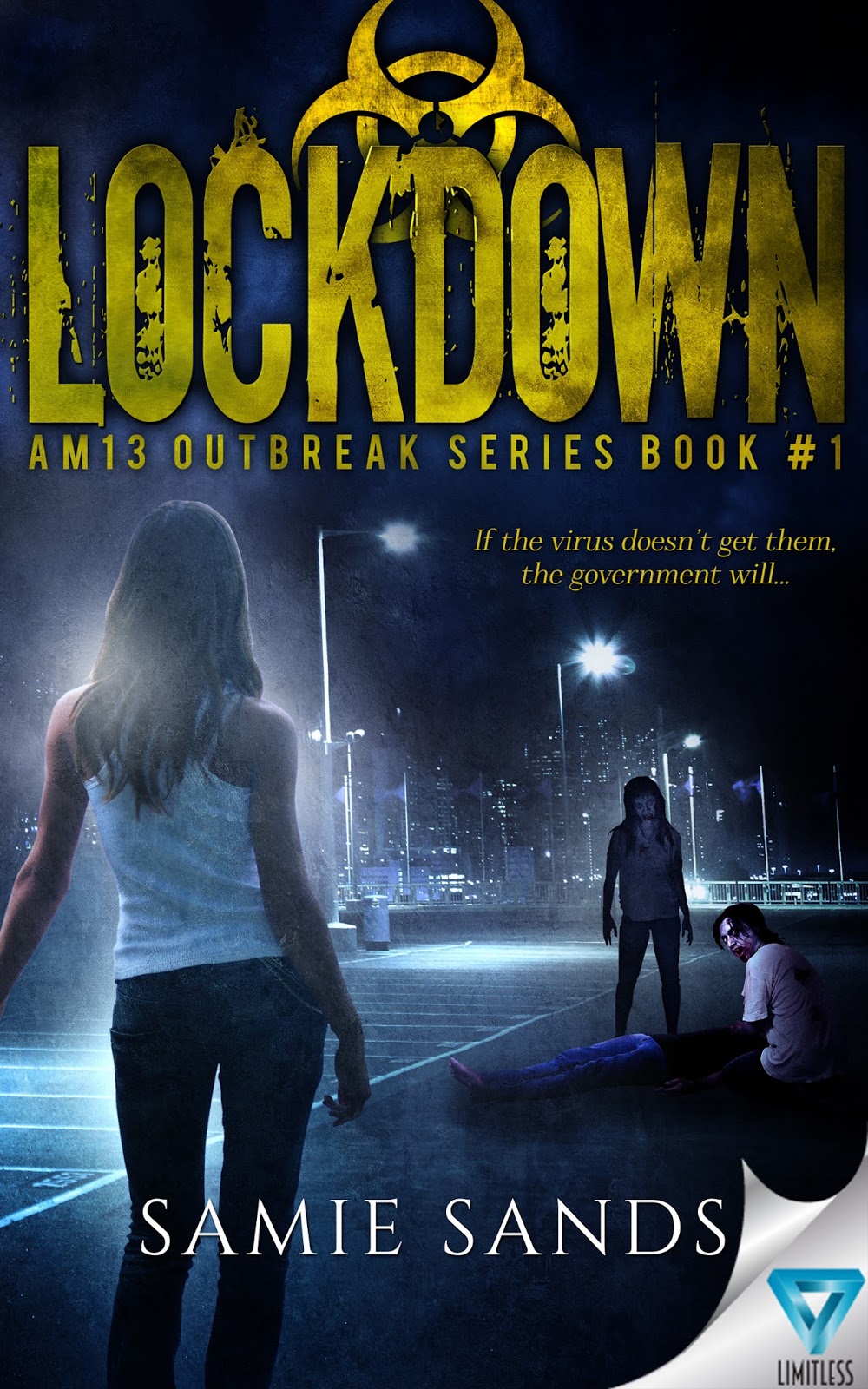 Author: SAMIE SANDS
Series: AM13 OUTBREAK, BOOK 1
Cover Designer: DERANGED DOCTOR DESIGNS
Release Date: MAY 3, 2016
Publisher: LIMITLESS PUBLISHING
Amazon
~*~ SYNOPSIS ~*~
Leah Watton’s practical joke has spiralled way out of control—all to impress a crush…
With a prank online video, Leah hopes to catch the attention of Jake Colton, a cute, blond-haired, blue-eyed co-worker she’s had a crush on for months. But instead of sending it to Jake, she manages to forward the clip to her boss—who buys every gory second.
When mass panic ensues, Leah learns the video is more than a staged act…
The government is calling the virus AM13. As the outbreak spreads, citizens are forced to stay indoors while they assess the gravity of the illness. Most people are quarantined in their homes, but Leah, Jake, and Leah’s best friend Michelle are some of the unlucky few who are stuck at work when the Lockdown occurs.
That’s where she first encounters one of the infected…
Aside from a contaminated woman devouring one of her co-workers, Leah has another problem. Does she do as she’s ordered and stay at work? Or should she disobey government orders and break free to reunite with her family?
She can’t go it alone—after all, Leah has none of the skills needed to survive—but with Michelle and Jake by her side, not even a contagious virus and a sea of the dead can keep her from…
Breaking out of the Lockdown… 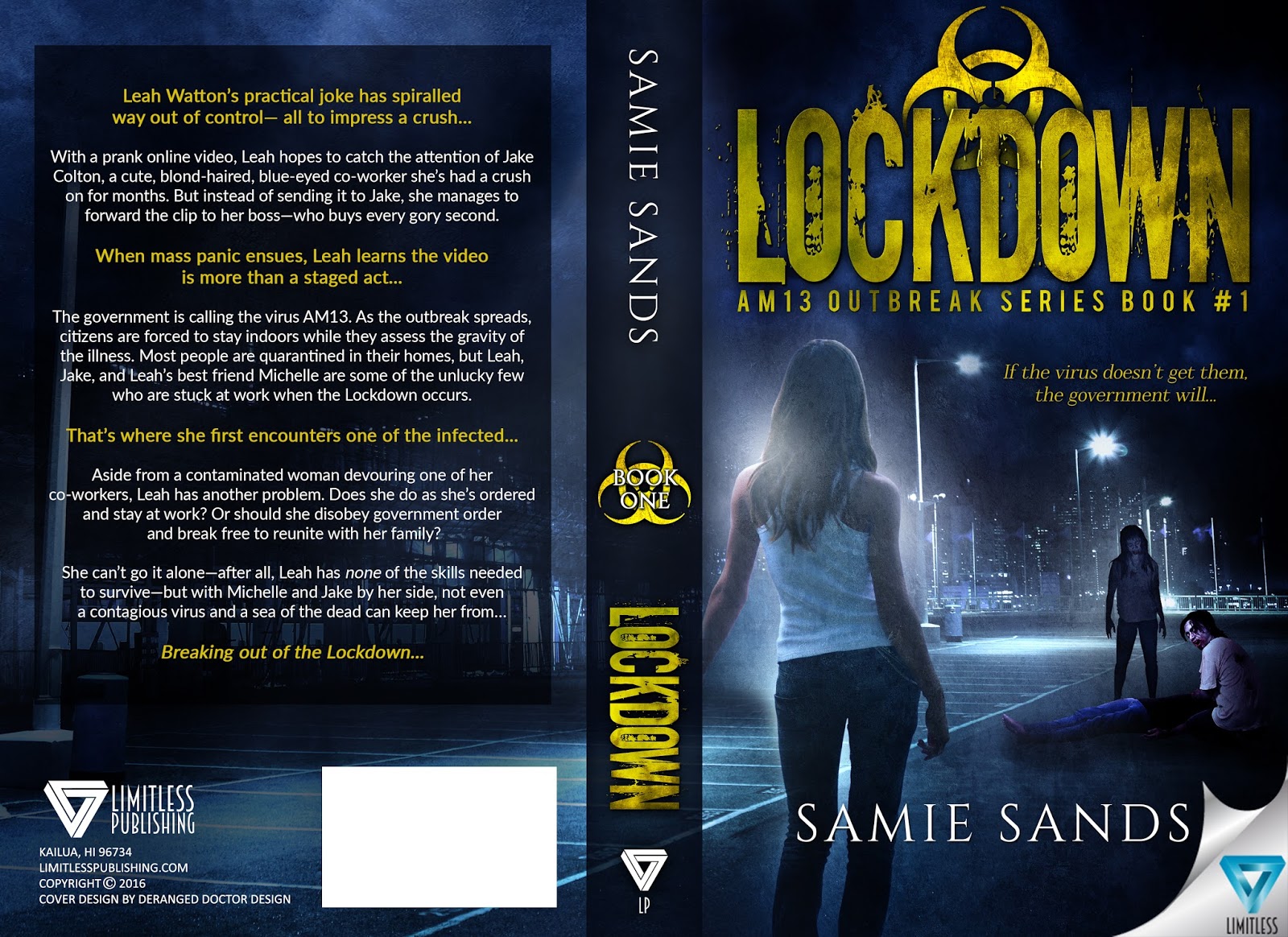 Then I’ll lose my job, my super important position and my beautiful nameplate, complete with Leah Watton written across it in shiny silver print. Of course, this will cause me to get kicked out of my flat and I’ll end up living in some cardboard box on a skanky street corner, drinking cider and trading war stories around a bin fire.

Or the much worse option, I’ll be forced to move back to my parents’ house.

All for one idiotic joke. I can’t believe it. I’ve nearly wrecked my career already, and it was only just beginning. I can really feel the panic welling up in my stomach now. After those three long years at university studying journalism, the thing I was so sure I was destined to do with my life (which in the end turned out I actually hated). Those long depressing months of sending out CVs to every stupid newspaper, magazine, and supplement going—my parents had always made it very clear that they expected me to use my degree sensibly, especially as they may have helped me now and again, financially, after I got into a bit of credit card debt. I got rejected time and time again, even by a cheese periodical. Seriously, they said at the interview my lack of passion for the subject was apparent. I mean, what sort of person is passionate about cheese?

Finally I got a chance, well more like a small teeny tiny stepping stone, one that would actually go down well with my family. A news researcher. I mean, it’s for the least watched local news program ever, in a small rural part of the country where nothing exciting ever happens, but it totally counts. I was so relieved, but definitely not happy to get this job. Still, I can’t afford to lose it.

I’m such a fool. I only did this to impress Jake. Damn it. I’ve been trying to get his attention since I walked in on my first day and saw him smiling into the phone and twisting his hair in that cute way he does when he’s concentrating. He’s absolutely gorgeous—tall, dirty blond hair, blue eyes, a smile that lights up a room. I was instantly smitten, and have since spent my days catching any glimpse of him that I can.

He definitely likes to think he’s the joker in the office, so after flirting and dressing to accentuate my best features—which believe me isn’t easy if you’re five foot three, with a figure that could do with losing about ten pounds—I thought I’d try a different approach to getting his attention.

He’s one of those guys constantly emailing stupid YouTube videos to everyone, often with a fake news story attached, usually mocking one of our more recent, tedious projects. So I found a great one of a ‘zombie’ attack. It’s brilliant. It looks so realistic and although it’s in a foreign language and you can barely make out any words, the narrator sounds terrified. It made me laugh when I found it, and I knew Jake would find it funny, so I set it up.

But then came the error. I feel icy and uncomfortable even thinking about it. I accidentally sent it to Jamie King, the big boss. With a whole bloody news story attached.

He doesn’t understand humour and I’m sure he’s never heard a joke. He seriously does not tolerate messing around in the office. This can only mean he’s either going to think I’m serious and I think this should actually go on television, on the news, like some idiot who doesn’t deserve this job, or he’s going to see it for the joke it is and instantly sack me. Oh God, I don’t know what’s worse, I can’t cope with this… 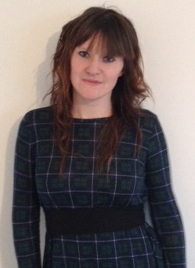 ~*~ MEET SAMIE SANDS ~*~
Samie Sands is a 30 year old freelance graphic designer who has recently decided to follow her lifelong dream and use her creativity in a new way by writing.
She has a degree in Media Studies and PR and has already had articles published in a number of e-zines, including one of the most popular pieces at Zombie Guide Magazine. She has also had a number of her short stories included in some very successful anthologies.
She lives in a small seaside town in the UK, but loves to travel to gain inspiration from new places and different cultures. To follow Samie’s work, please check out her website http://samiesands.com
Limitless Publishing: http://www.limitlesspublishing.net/authors/samantha-sands/
Goodreads: https://www.goodreads.com/author/show/8102183.Samie_Sands
Facebook: https://www.facebook.com/SamieSandsLockdown
Twitter: https://twitter.com/SamieSands 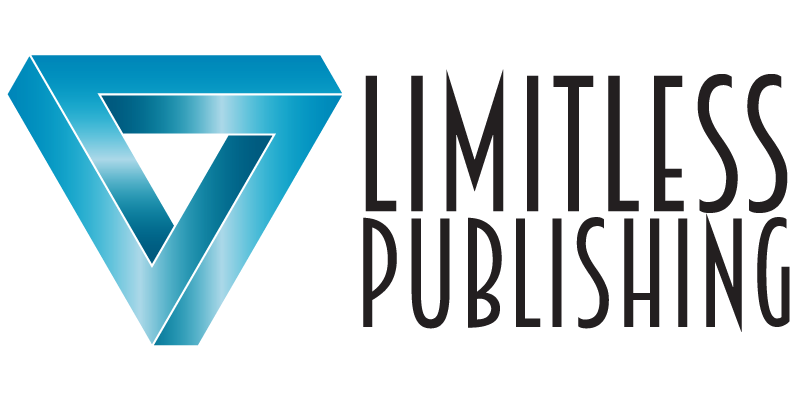