Seventeen-year-old Kay’s journey of a lifetime started in the woods where she met a beautiful man … along with a monster. The chance encounter led her to an unbelievable world that shouldn’t have existed, a place where myths and fairytales were real and, in some cases, deadly.

Kay knew she would have to brave this new world if she hoped to find a cure for her terminal cancer.

With a strange yet beautiful cast of characters, Kay uncovered truths that would change her life forever. However, before it was all over, she discovered she wasn’t the only one with problems.

Yet another seventeen-year-old young woman was fighting for her life.

Kira had grown up in a magical world. Despite this, her life had not been filled with many good things. She considered her empty, emotional solitude the only positive aspect of her life and fought daily battles to escape abuse and torture.

Trained to be an expert assassin, she was charged with kidnapping Kay and delivering her to Kira’s master, Lord Donovan.

As the two young women set forth on their journeys, their paths would cross in unimaginable ways. There was only one question that remained: who would come out alive?

The hairs on the back of my neck started to tingle. For the second time that day, I felt as if I might be in some unfortunate Animal Planet documentary. At least this time I was safe in my house. Well, at least I hoped I was safe.

I stayed deathly still at my window, thinking movement might draw its attention. I could have gone to my bed and told myself that it all hadn’t actually happened, yet I wanted to know what it was. Are there any white bears in Asheville? I mean, there were polar bears, but I obviously wasn’t in the Arctic, so that wasn’t possible. No, I didn’t think it was a bear. It wasn’t burly enough.

The animal took another cautious step out of the woods and smelled the ground. It lifted its head up and then smelled the air around itself, searching for something.

Upon the understanding of what it was, my fascination magnified. It was an enormous and elegant white wolf. I sucked in my breath, awed by its beauty. The wolf’s head snapped around to face my direction, almost as if it had heard me breathe.

No way. I’m at least a hundred yards away, in a house. It couldn’t have heard me.

But there it was, just standing out of the tree line, staring at me. It was by far one of the most beautiful creatures I had ever seen.

We stayed that way for a while, staring at each other. Me, in my Young Guns concert t-shirt and plaid flannel pajama bottoms, leaning against the window frame, wondering what the wolf was doing. The wolf with its gleaming fur, standing on the grass almost a football field away, studying me with something that almost resembled intelligence. The two of us were only separated by a house, an enormous yard and a road.

Then there was more movement in the tree line. A second wolf stepped out of the trees. This one was chocolate brown in color, walking up to the white one. It sniffed at the ground as it walked and seemed wholly engrossed in whatever it was that it found there.

As I looked from the brown colored wolf to the white one, something else caught my eye, but this time I jumped as it startled the crap out of me.

Another wolf, this one black, stood in the middle of my front yard. I didn’t know how long it had been standing there, but I did know that just like the white one, it was staring right at me. Unwavering. If I thought the white one had been beautiful, then there were no words for this particular wolf. It was staggering, with its shiny, jet black fur reflecting the moonlight, its eyes a piercing green.

Is that color green normal for a wolf’s eyes?

It looked to be just as large physically as the other two wolves, but it carried itself differently. It seemed more confident and sure of things than the others were. Even the carriage of its body radiated certainty and command. The way the wolf looked at me, I felt like it saw right through me to my soul. I never knew an animal could see someone so thoroughly the way this one seemed to see me. My hands trembled at some emotion I couldn’t name. It wasn’t fear; it was more like an overwhelming sense of knowing and intimacy.

I stood frozen, feeling both excited and scared. So engrossed at the sight of the beautiful black wolf that I didn’t even see the other two approaching. The black wolf must have heard them coming because it turned its head in their direction. I followed its gaze to see them halfway to where it was standing in my yard. Looking back to the black wolf, I saw that it was watching me intently again, its head cocked to the side as if it were analyzing me. I almost felt as if it had a question it wanted to ask, but then one of the other wolves yapped and it turned and trotted away.

The three wolves disappeared back into the trees. I stood there for a few minutes after they faded out of sight, wondering if they would reappear again. Today had been unreal. Apparently, these woods were full of animals.

In just one day I had come across a rabid dog large enough that I would seem more like a snack to it instead of a meal and then three wolves. I wondered what else could be out there in the forest surrounding us as I walked to my bed to lie back down. All of a sudden I felt a lot like Dorothy in The Wizard of Oz.

Wolves and freaky dogs, oh my.

What would tomorrow bring? Kay discovered secrets, lies, shocking truths, and even love in a strange new world hidden from humans. Everything she thought she knew was turned upside down when she found out three things: she wasn’t human; she had a power she couldn’t control; and there was a possibility she might have found a way to cure her deadly cancer by using that very same power.

Just when she was on the precipice of gaining everything she wanted and saving her own life, tragedy struck. Would she be able to fight her way back to Ryan and save herself in the process?

Kira had lived a terrifying life of servitude and abuse under Lord Donovan and his son, Cole. It was an existence that had stripped away her emotions and reasons to keep fighting.

Just when she thought freedom was within reach, Lord Donovan struck again, ruining her plans and almost killing her. When she awoke from her injuries, it was to stunning revelations that would change her life forever, changes she wasn’t entirely sure she wanted.

Persistent individuals, such as Prince Kane, refused to let her walk away, though. Would she embrace all of her sudden fortune? Or would she walk away from those who needed her most, forsaking their acceptance and love?

WARNING: This is a upper ya/young adult/new adult fictional story that includes some explicit language, graphic violence, and mild sexual situations. Recommended for ages sixteen and up.

*This book is a re-release and revision from the original book published in 2012. Please be aware that some things have been added, deleted or changed.*

“Do you know what it means to show someone your wings, Kira?” Kane asked with an unbearable amount of intensity burning in his eyes as he waited patiently for me to answer.

I stared at him intently, taking my time to soak up all that was Kane. His lips, his eyes, and his tousled hair, which seemed to have fallen out of the tie he always wore; a tie that looked a lot like a piece of cloth ripped off my old shirt. It seemed he had taken a memento of our fight.

I looked down to our hands then back up to his face. Seeing his wings made my heart thump against my chest.

I remembered hearing the others at the ball talk about how Kay had shown off her wings—how she’d shared something so personal and intimate with everyone. So I had a small inclination of what it meant. I knew how special and important it could be—important to a man like Kane. I also knew I wasn’t ready for the light shining through his eyes.

“Do you know how many people I have ever let see mine, other than my parents?”

Just the idea of another person, let alone a female, seeing the most beautiful and vulnerable aspect of this man had me so completely infuriated I froze our hands together. He didn’t even wince at our icy, sealed connection. In fact, I would say he was pretty damned pleased with it. I watched as he brought our encased hands to his lips and pressed a chaste kiss to them. His heated breath danced across the thin blue ice and began to swirl like a mist as the ice slowly melted away.

“Hmmm.” I was in such a fog from his kiss that it made me completely forget what he had asked. “Sorry. What was the question again?”

Kane just shook his head at me as he closed the distance between us. This time, I didn’t hesitate to reach out and touch him. I grabbed onto the leather tie in his hair and gently pulled it free, desperate to run my fingers through his hair. I felt the strength in his arms as he wrapped them around my waist while he let me continue to mindlessly play with the white, silken strands as he ran his fingertips along my back. He gently caressed the base of my wings in soft circles with one hand as he brought the other up to cup my cheek. I felt the pads of his fingers as he applied a small amount of pressure to get my attention.

“Do you, Kira? Do you know how many women have seen them?”

Kane touched his forehead to mine and whispered, “One. Only One. And only one woman will ever see them. Do you understand what I’m trying to tell you, my Princess?”

My heart was hammering in my chest, and I just knew he could hear it as I watched a wicked, yet seductive, grin grace his gorgeous face. I stared into his eyes as he closed the space between us until I lightly whispered my response against his smooth and wet lips, “Tell me.”

“It means that you belong to me,” he whispered back against my lips.

designed by Cover Me Darling Jessie Lane is a best-selling author of Paranormal and Contemporary Romance, as well as, Upper YA Paranormal Romance/Fantasy.
She lives in Kentucky with her two little Rock Chicks in-the-making and her over protective alpha husband that she’s pretty sure is a latent grizzly bear shifter. She has a passionate love for reading and writing naughty romance, cliff hanging suspense, and out-of-this-world characters that demand your attention, or threaten to slap you around until you do pay attention to them.
She’s also a proud member of the Romance Writer’s of America (RWA).

M.L. Pahl grew up in coastal North Carolina. With the Marine Corps at her back and the sandy beaches beckoning her, she learned nothing could hinder her imagination.
Not wanting to be stuck in one genre, she decided to dabble in everything from zombie apocalypses to romance and even paranormal.
She currently resides in the frozen north of Minnesota with her family and those cute dogs she always tweets about. 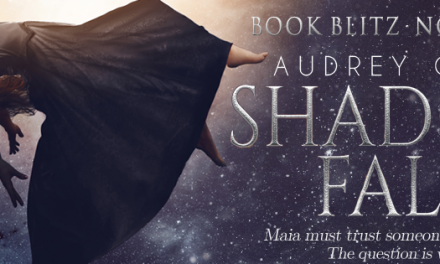 Throwback Thursday! A Discovery of Witches by Deborah Harkness