Release Day Blitz: A Touch of Darkness by Yelena Casale and Tina Moss

Cassie Durrett dreams of the darkness. And lives the nightmare. She's working for a tightwad boss at a pretentious NYC diner, dealing with paralyzing pain that doctors can’t diagnose, and trying to hide her hands that glow purple whenever she ...well, whenever.

So, when mystery man, Gabe, walks out of her dreams and into her life to spout some nonsense about her being a mythical creature, she chalks it up to one more crazy thing to add to her it’s-a-crappy-life list. Yet, when his predictions start to come true, she'll need his help to beat back the darkness-spawned creatures invading her reality.

Pretty soon Gabe has her running half way across the country in search of answers. As a bond grows between them, Cassie worries not about losing her mind to the paranormal madness, nor her life to hellish monsters. Rather her deepest fear is surrendering her heart to a powerful man fallen from grace.

Cassie moaned as the remnants of the attack wore off. She opened her eyes to stare into her dream man’s gaze. Oh, just great. I need to dream about him again? Her body already tingled with pleasure at the familiar vision. A trench coat molded to his tall frame. Across his chest, droplets of water clung to a black shirt, then dripped down to run over his dark jeans and heavy boots. Gabe. The name came to her. How do I know his name’s Gabe? Reality flooded back with a vengeance, the whole encounter snapping into focus as if the picture emerged from a snowy TV. What she didn’t recall was what happened after and why this man was now here, in her apartment.

Her gaze darted around the room, looking for something to use as a weapon. Bookcases lined the far wall with plenty of thick books inside, but she’d never make it past him to reach the shelves. A tiny statue of a marble angel stood on top of the old TV just a foot out of her reach. Next to the TV sat an opaque yellow vase with a couple of long-stemmed white calla lilies. Neither the statue nor the vase, she decided, would be adequate for the job. When she couldn’t find a satisfactory weapon, she opened her mouth to yell.

Before she could utter a sound, Gabe moved so fast she saw him in nothing more than a blur. His hand covered her mouth and he breathed into her ear. “You fainted. I had to get you home, off the street. Please don’t scream. I mean you no harm. I promise.” As if to punctuate his last words, he took his hand away.

Cassie suppressed the rising terror as she considered the situation and chose anger instead. She narrowed her eyes and curled her hands into fists.

“How did you find out where I live if I was unconscious?” she said, her body tensing in the fight or flight response.

“Your wallet. I went through it.”

“You’re a strong woman, but you shouldn’t direct your anger at me.” He went to touch her shoulder, but she flinched away. “Look,” he said. “There’s something we need to talk about. But first tell me, how long have you had these headaches, this pain?”

“How do you know about them?” Her voice raised an octave higher.

“I just know. I also know what they mean. Do you?” He seemed eager to hear the answer.

“I’ve had these episodes forever,” Cassie said, unsure why she answered him. “They’ve been getting worse lately.” Her head titled to the side. “Are you a doctor or something?”

“And have you ever felt any other feelings or sensations during or after the headaches?” Gabe went on, ignoring her last question.

“Yes…Maybe…But how on earth would you know?”

She pressed her lips together and shook her head. “Enough. I’m not telling you anymore until you tell me what the hell is going on, who you are and what you want from me.”

Cassie heard him whisper under his breath, “Easy…” It seemed more instructions to himself than to her. She ignored it and waited for his answer.

“Cassie, I know everything I’m going to say will sound crazy to you, but you’ve got to listen to me. Haven’t you ever wondered at all the weird things happening to you over the years, at the feeling you get with the headaches, the energy?” She was about to interrupt but he raised his hand to silence her and continued, “This is not going to be easy for you to understand but…there’s more to you than you think.”

And I thought I was crazy. Cassie started to tremble. “What’s that supposed to mean?”

“Well…you’re not exactly…technically…you’re not…” He struggled with whatever he was trying to get out.

Gabe locked his gaze with hers. She didn’t look away. She couldn’t.

By: Yelena Casale and Tina Moss

I’m all about the hero that may be a little “standoffish”, but can’t help melting in the arms of the heroine. I like a bit of a challenge and the reserved heroes reflect that taste. Although, I admit the wild lovers and sentimental feelings lurking beneath the surface of these reticent heroes make the romantic scenes hot, hot, hot! And…well, that doesn’t hurt their chances with me. 😀

All I need is to ship Arwen off to the Grey Havens and I think I have a shot. Tolkien may not have been the king of romance, but Aragorn is a fantasy worth fighting for.

I’m a huge fan of wolves and love the idea of living within the pack. Plus, when this Psy’s ice thaws, he’s all heat and fire.

So, I didn’t want to fight Yelena for Bones and bad boys are not my niche. I’m for the boy-next-door-type with a lot more edge and Spade’s got that…in spades!

Yes, I love myself a bad boy. Generally, I love strong alpha type men with a heart. Although they always have to be in stories where the heroine can hold her own with them. I’m not much for damsels in distress, so strong alpha heroes without a strong heroine to balance them might start annoying me. And, of course, they have to be sexy as hell. 😉

He is a total package and is very fun to be around (when you’re not shaking in your boots when he’s mad and takes his animal form).

Thank you to Tina for leaving this bad boy to me, but I think we can share – I don’t mind and neither would she, I think 😉

I love werewolf novels and I’m especially interested in the relationship between the werewolf community and humans. Adam, of course, is another prime example of a good alpha character.

Yelena Casale is an award-winning author of urban fantasy and paranormal romance. Born in Kiev, Ukraine, she moved to New York at thirteen. Being very curious, she has been a devoted reader and writer since childhood. As a 2nd degree black belt and instructor in Shotokan karate, an avid traveler, and history and art enthusiast, she weaves universal themes with martial arts philosophies into her stories. She lives with her amazing, supportive husband and the best Siamese cats. In her spare time, she reads, paints, watches cool shows on TV and tries to get more sleep.

Tina Moss is an award-winning author of urban fantasy, paranormal romance, romantic suspense, and New Adult novels. She lives in NYC with a supportive husband and alpha corgi, though both males hog the bed and refuse to share the covers. When not writing, she enjoys reading, watching cheesy horror flicks, traveling, and karate. As a 5’1″ Shotokan black belt, she firmly believes that fierce things come in small packages. 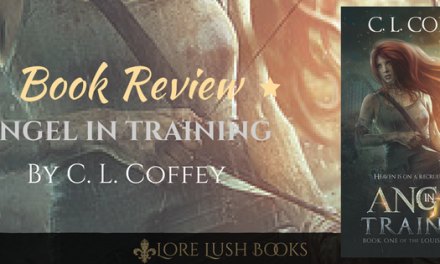